It's that time of year again- garden time. This year we decided to significantly expand our little garden area. 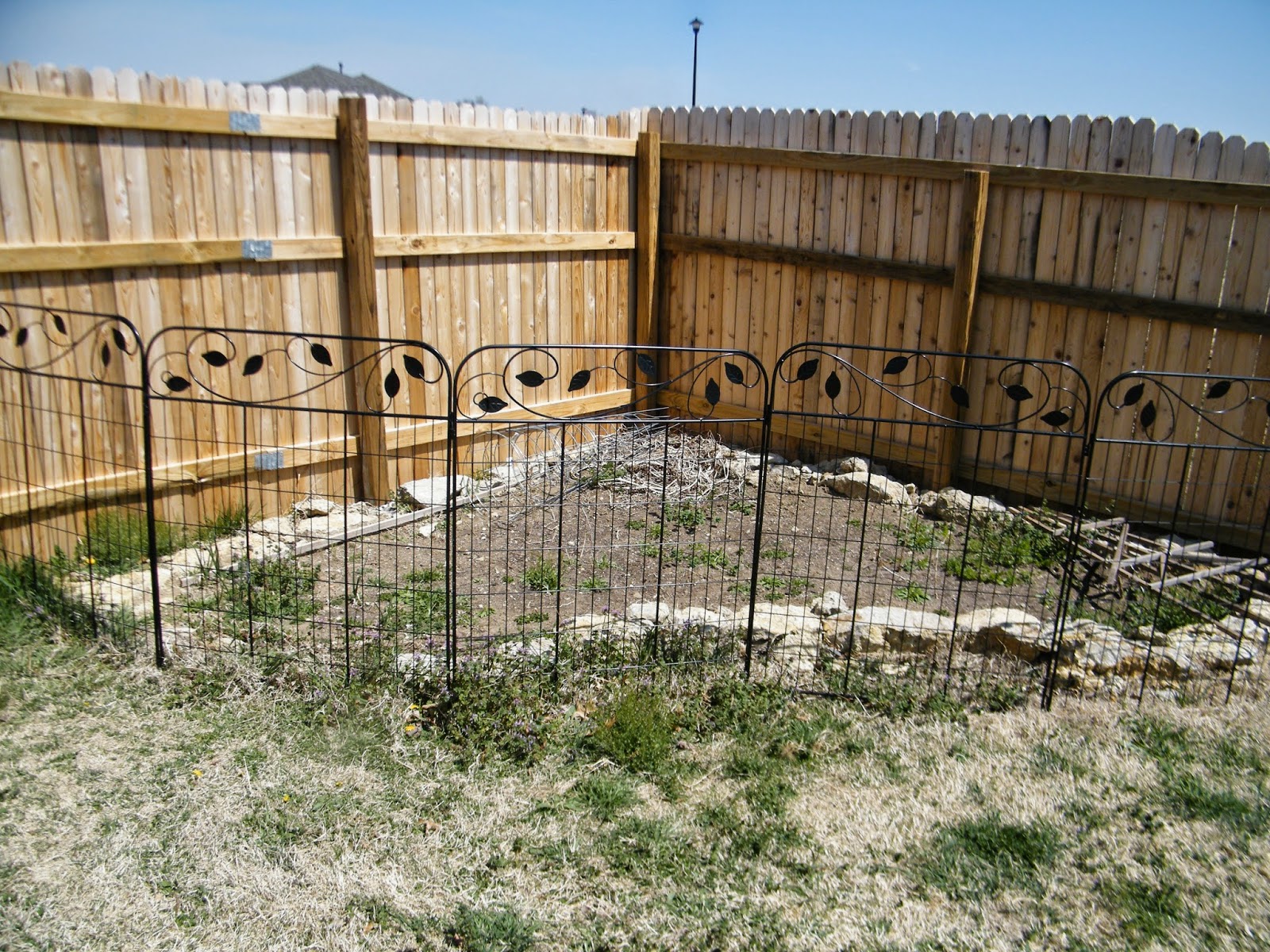 With our soil it's pretty much necessary to have raised beds. Last year Jim meticulously built our first garden bed from rocks. It looks nice, but we- well, he- didn't have time for that this year. Plus we aren't entirely sure what we're going to do with the side of the yard and needed something less permanent.

Enter in these two garden beds: 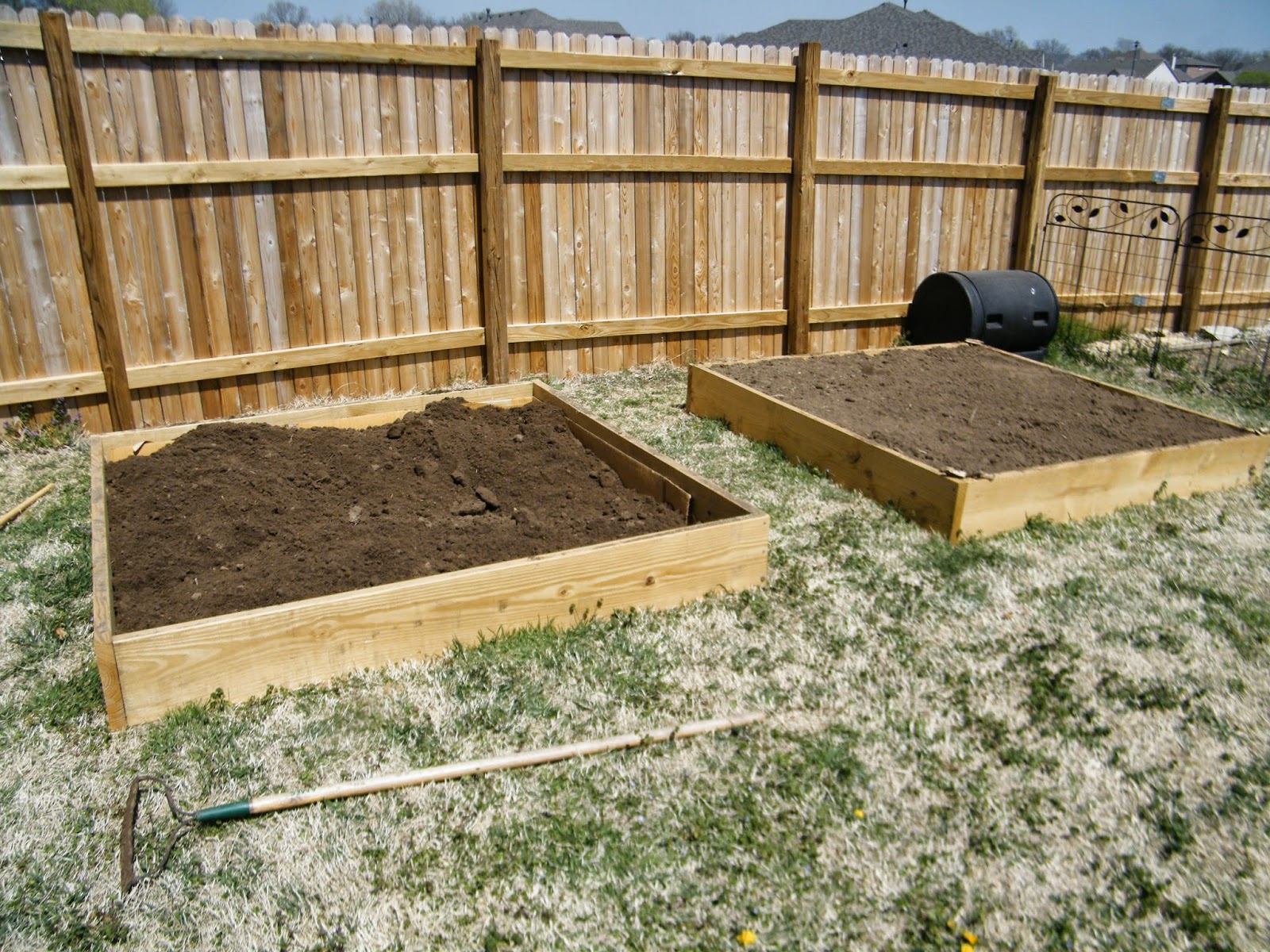 The plan is to have one for herbs and one for more vegetables. If you're wondering what the black thing is in the back corner- that's our compost bin. I'm weirdly excited about composting.

The planned plants for this year:

If that wasn't enough, we decided to put in a big long row of raspberry, blackberry, and blueberry bushes. Supposedly they do quite well in our climate. They don't look like much of anything at the moment. When we checked on them today, some of them were already getting some leaves. They won't produce anything this year but hopefully next summer we will have plenty of berries. 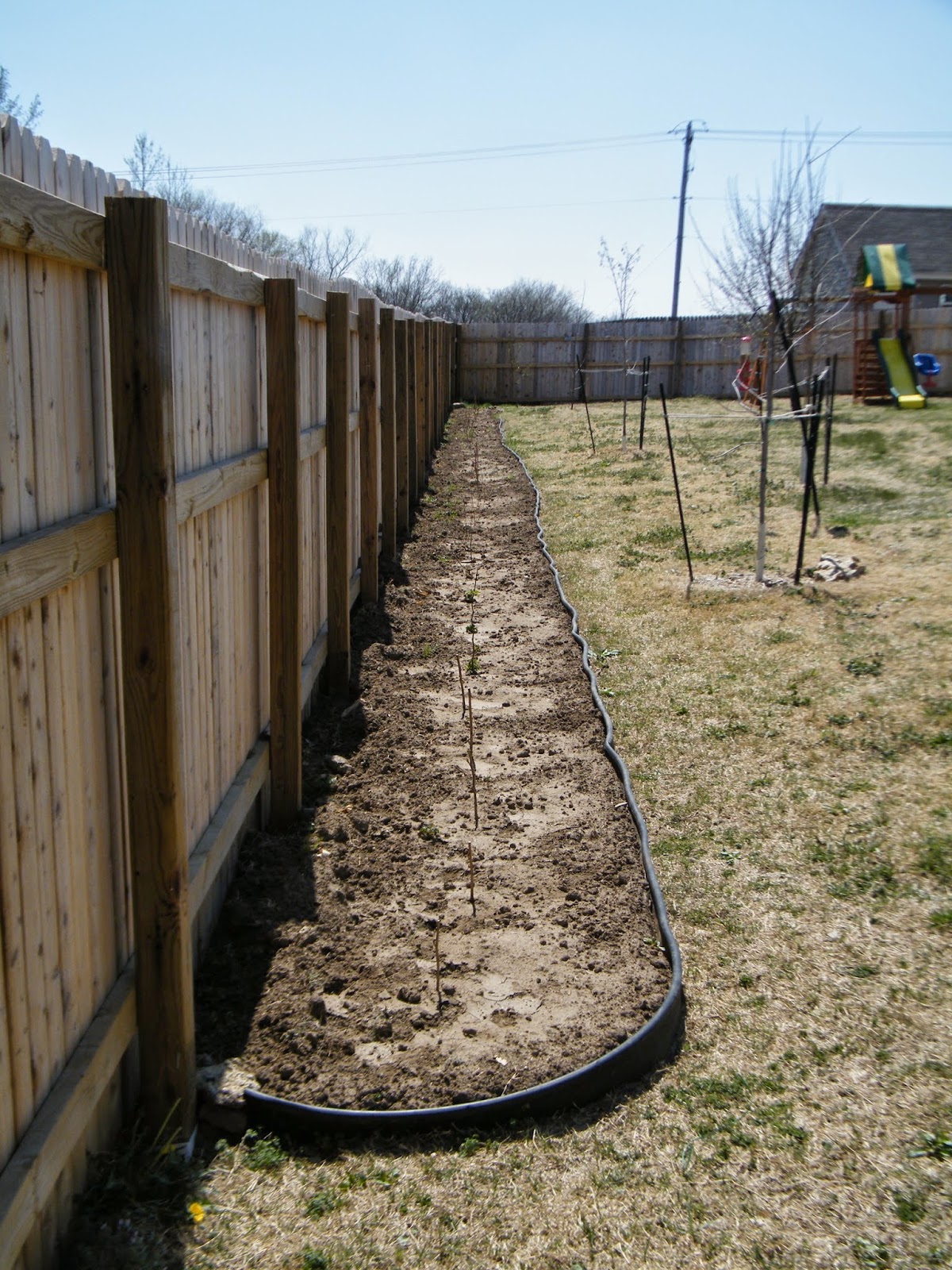 There you have it. I'll post an update later when the garden is a little bit more interesting to look at.

Email ThisBlogThis!Share to TwitterShare to FacebookShare to Pinterest
Labels: Home, Life on the Prairie